Would he be a vegetarian? Would he buy steak at the grocery store and cook it alone? Would he meditate?

It was too scary to say it out loud. But the name spread. Quickly, it seemed irreversible. 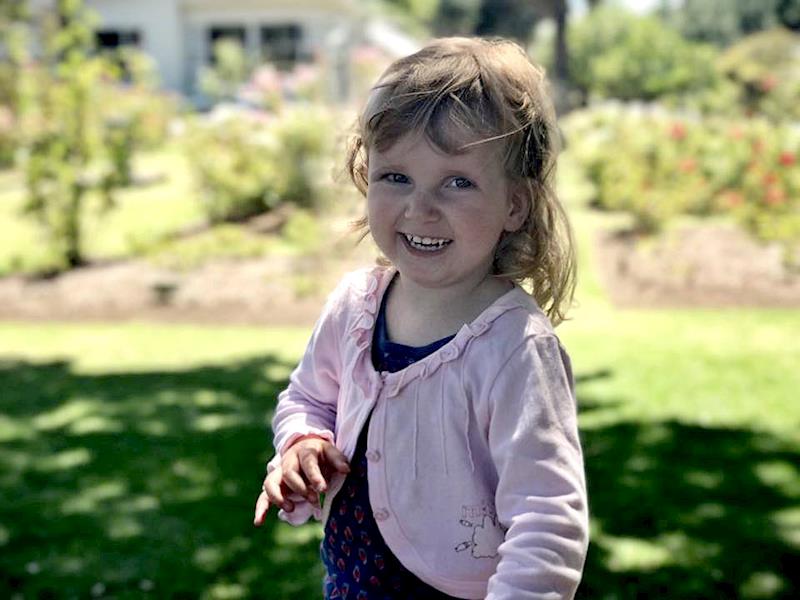 The new name rang with guilt for abandoning the old one. Each time I was addressed as Cyrus, I felt like I was betraying Grace, taking her away from everyone who had ever loved her. When people asked me what I wanted to be called, I froze. I asked my partner to call me nothing for a while. When we spoke on the phone, they called me Grace. I feared what I would be taking away from them—a daughter. I still grew dizzy when I thought about changing my body, through hormones or surgery.

I was too full of doubt, even just about my name.

When friends of mine changed their names, it seemed clear that it was a matter of survival. Their birth names had simply stopped being livable. I held myself to harsher standards: I ought to be able to redefine myself without a new word, a titular fresh start. Did I hate myself?

Did I hate my family? When I introduced myself to people, I tried to swallow my words. If they asked again, I said whatever came to mind first. I was considerate, charming—whatever would make the people around me comfortable. Cyrus was quiet. Sometimes he went hours without speaking at all.

In late November, it was still warm enough to sit outside on the balcony at night. I wore shorts, no shirt, put my legs up on the railing. I pretended it was butter that I was spreading thin. I slept with the door to the porch open at night, so I could hear the sounds filling the neighborhood. It calmed me down to feel like the Earth was one big room; it kept me from drowning in my panic. Alcohol slowed my heart and let me sleep until terror woke me up in the morning, the thumping in my chest that meant I had to begin another day. Counting my breaths, my steps, my body parts.

Ear, two. Ear, three. Brow, four. A friend told me that every time I felt the urge to slip outside myself I should look for the color red. Let it fill you up, they said. Let it hold you down. As it turned out, red was always there.


Lines of red neon light out my bedroom window, highways drawn out into the valleys. Red bougainvillea petals on Future Street, on Isabel Street, in all the tight alleys in the neighborhood. The red frame around the picture hanging above my bed, a distorted photo of my torso. The blood under my fingernails when I picked my head.

My red denim jacket. Red lights on the horizon all the time. The objects of my desire seemed smaller and more mundane than ever before. I fantasized about walking down the hill in my neighborhood in a T-shirt, with a flat chest and nothing binding my breasts, the wind flowing between the fabric and my skin. I fantasized about sleeping on my stomach, without breasts between me and the mattress. I fantasized about driving in a convertible like the teen-age boys in tank tops I remembered from my childhood.

I started having dreams about walking behind my childhood self. Her small hand fit perfectly in mine. Sometimes I lay on my back while she read to me from a picture book and stroked my hair. She wobbled through words, asking me the meaning of unfamiliar ones. I walked around with her on my back, her arms gripping my neck, her legs gripping my waist. In February, I drove up to Oakland with my two best friends for a consultation for a bilateral mastectomy, or top surgery. My partner wanted to come, but I said I needed to go without them. My own feelings about the surgery were too convoluted—a lust for something wordless and new.

They told me they understood. Our relationship was open; still, I wondered if it could withstand the newness I was looking for. But the deal got altered. It felt like we were letting everyone down. I know how ridiculous that sounds. I clung to knowing her humanity would be validated to me when I saw her as a living, breathing human being. I wanted to watch her die because that would mean I got to watch her live. I longed for just five minutes with her — heck, five seconds with her. All of that practical stuff about organ donation was irrelevant to me now.

I just wanted to hold my baby girl and see her chest move up and down. I just wanted to be her daddy, if only for a few seconds. Eva came surprisingly quick on Monday. Keri sat up and felt some pain. Then she felt another shot of pain ring through her body. Our photographer had just arrived and was setting up. Keri started to panic and asked for nurses to come in. They checked her, and it was time to have a baby. Keri and I held each other and cried as the nurses cleaned Eva, and Dr. Pinard called LifeShare for us. Pinard said, a smile cracking through on her face.

I buried my head in my arms and sobbed harder than I ever have. Keri put her hands over her face and did the same. Happy tears. This was our reaction when Dr.

None of it went as we planned. Because of her , LifeShare has made connections in other states to set up eye transplants for the future. They have an infant organ donation plan they now are working with sharing with other organ procurement organizations in Colorado and Texas.

They call it the Eva Protocol. I keep thinking about looking into her eyes some day, but more than anything, I think about her eyes seeing her mom, dad, and brother. In the time we spent with her, one eye was just a little bit open, and I fought the temptation to peek.

But I can dream about looking into her eyes for the first time one day and finding out what color they are. This story first appeared on the author's Medium and is reprinted here with permission. In order to get a gymnastics move named after you , you have to submit the skill for consideration and then successfully land it in a major competition. As of , there were 11 female gymnasts with moves named after them. Simone Biles was one of them.

Now, she's heading into "living legend" territory. This weekend, Biles performed two of her signature moves at the world championships in Stuttgart, Germany this weekend. Not only did she land them, they're now getting her name. Her double dismount on the balance beam will now be known at "the Biles. Her triple-double, a move that includes a double backflip and three twists, will now forever be known as "the Biles II.

The West Coast is pretty much "uh" and "uhm" neutral, although the Bay area has a soft spot for "uh" and the coast from Nor Cal to Oregon particularly loves to "uhm" its way though sentences. The gender gap is so wide, you could probably fall into it. But the gender gap, oddly enough, extends into our efforts to fix the gender gap. In an op-ed for Time, Melinda Gates highlighted the inequality in how much we're spending to address women's issues.

It turns out, projects that support women receive less funding than other projects. First we make less, now this? Now, she's boldly Chanel Miller, using her name and experience to let survivors of assault know they are not alone. Miller recently came out with a five-minute animated short entitled "I Am With You. The short was shared on the Viking Books YouTube page.